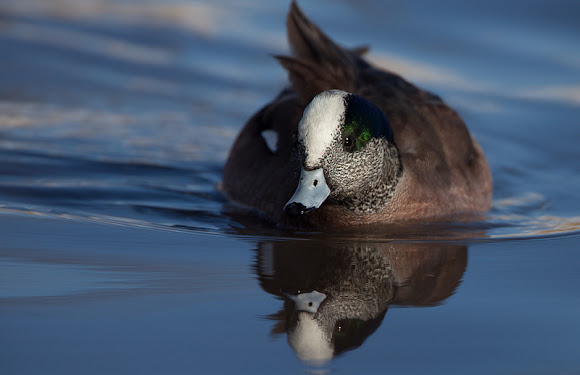 A common and increasingly abundant duck, the American Wigeon breeds in northwestern North America and is found throughout the rest of the continent in migration and in winter. Its small bill and the male's white forehead, as well as certain aspects of nesting and feeding behavior, distinguish this species from other dabbling ducks.

Shot from prone in the snow with a Gitzo Carbon tripod buried to my Gimbal head. Canon 5D Mk II, 500mm F4 IS USM L with 1.4x TC