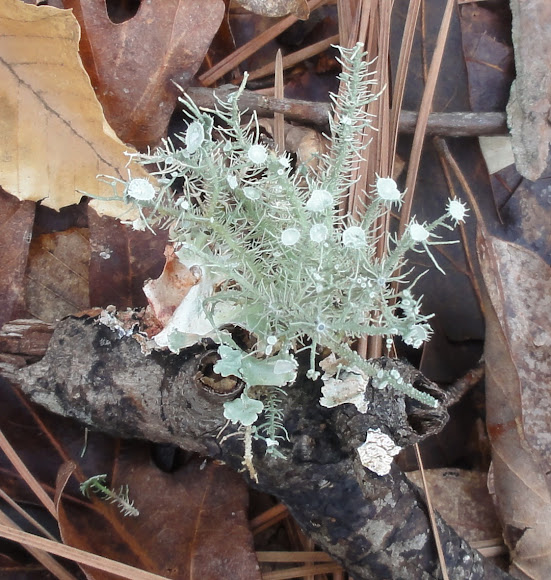 Usnea is the generic and scientific name for several species of lichen in the family Parmeliaceae, that generally grow hanging from tree branches, resembling grey or greenish hair. Like other lichens it is a symbiosis of a fungus and an alga. The fungus belongs to the division Ascomycota, while the alga is a member of the division Chlorophyta. Usnea has been used medicinally for at least 1600 years.

Mainly eastern and southeastern North America Usnea often grows on sick or dying trees due to the pre-existing loss of canopy leaves, allowing for greater photosynthesis by the lichen's algae

Hello QWMom, finally got around to creating that mission, http://www.projectnoah.org/missions/3823... , I welcome you to add your lichen submissions.