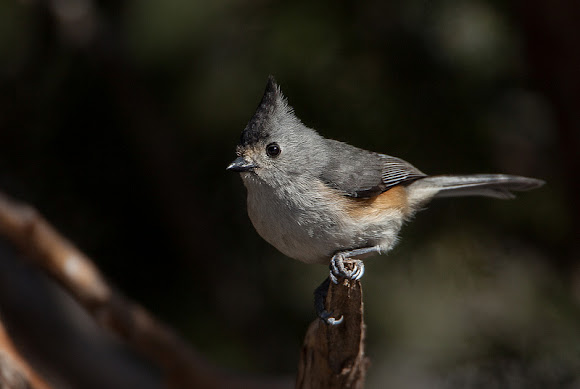 A bird of Texas and northeastern Mexico, the Black-crested Titmouse is common in oak woods and towns. It was once considered a subspecies of the Tufted Titmouse, and the two species are very similar in appearance, voice, and habits.

Noted as a possible hybrid of Black-crested x Tufted Titmouse due to coloration on the cere - per Ted Eubanks.