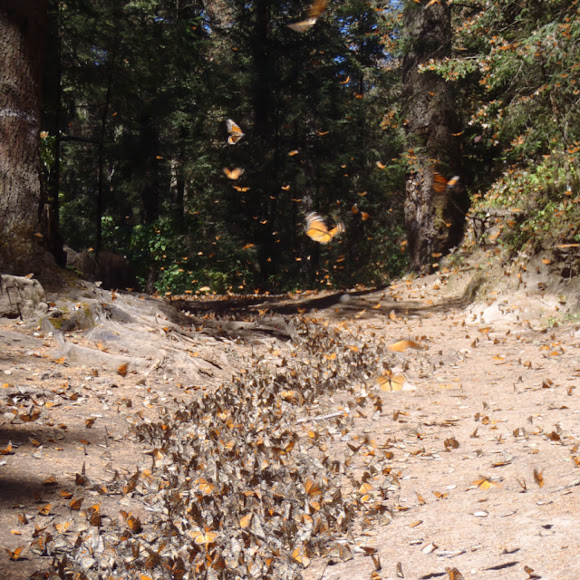 The monarch butterfly may be the most widely recognized of all American butterflies with its distinct orange, black, and white wings. While beautiful, this coloring actually sends a warning to predators that the monarch is foul tasting and poisonous. Found throughout the United States, as well as Mexico and Canada, one of the most notable characteristics about the monarch is the astonishing 3000 mile journey some will make in the fall to their wintering grounds in the Sierra Nevada Mountains of Mexico or to southern California, depending on which part of the United States or Canada they migrate.

The fir forest was alive with movement, but there was no sound. It was a very moving experience. El Rosario is 210 kilometers (130 miles) west of Mexico City, in the state of Michoacán. Nearby is Toluca.