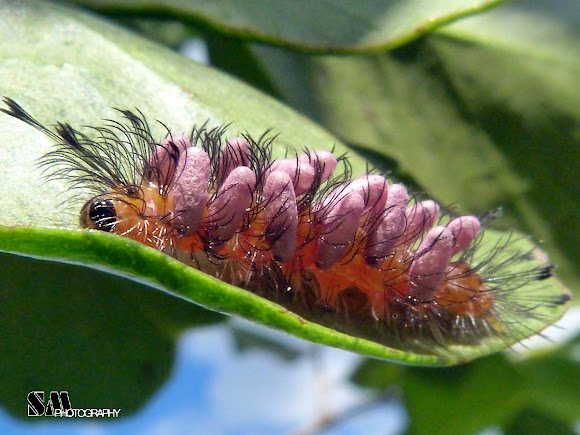 I found these two caterpillars from the same species in adjacent leaves. Both were parasitised by the same wasp species (!). The cocoons in the cat in photo #2 seem to be slightly older than in the other one. But, the most amazing is that both caterpillars were still alive, and moving vigorously around the leaves!!! Looks like they are much stronger than one could think!

poor caterpillar, it will have a painfull end

Wow, very nice ! Maybe they don't kill their host and they are just parasits ? (not parasitoïdes).

They may not be doomed. I think some caterpillars survive the process. Once the cocoons have been made, the parasites are out of the caterpillar's body and no longer feeding on it. Then again damage that they have already caused may still eventually kill the caterpillar I suppose.

Poor things! I suppose they are doomed though. :( The longer they live, the better for the parasite.