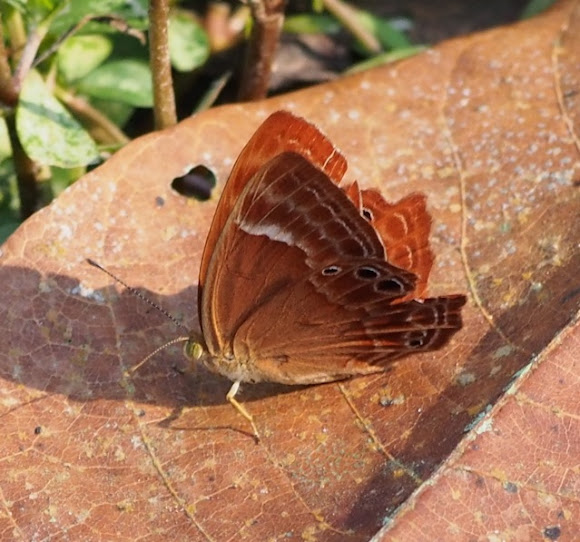 The Plum Judy (Abisara echerius) is a small but striking butterfly found in Asia belonging to the Punches and Judies family. This active butterfly is usually seen at the tops of trees and amidst foliage. It has a habit of landing and turning around almost immediately after alighting. It repeats this turning movements as it moves along branches. This is believed to help in evading predators by causing confusion about head orientation. This distinctive mode of movement gives the impression of 'dancing' and is an important field characteristic that helps in identifying the species from even a distance.

seen in tropical jungle in Cambodia