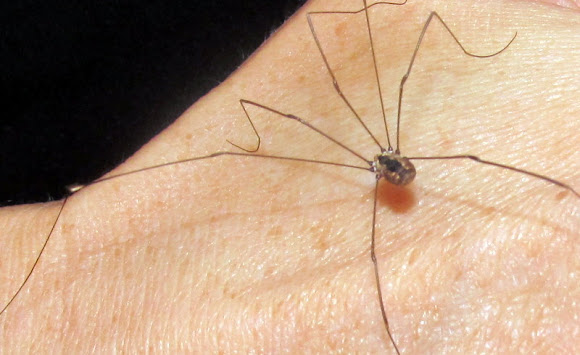 These creatures are not spiders. They are kind of like giant mites with really long legs and have no venom so are not deadly. The Harvestman has pacemakers (the tissue that sends out electrical pulses to make our heart beat) in its legs so that it will twitch when separated from its body to distract a predator, (brittle star arms and lizard tails do the same thing). This means that the leg has its own little heart. All that is needed is a brain and then the leg could be its own person. It could separate to look for food in different directions or set ambushes for prey, it could swap legs with another Harvestman to see what life is like as a girl it could go to work while the rest of the body sleeps and it could do the most awesome synchronised dance manoeuvres with the rest of its body. Guardian: Aidan Truax