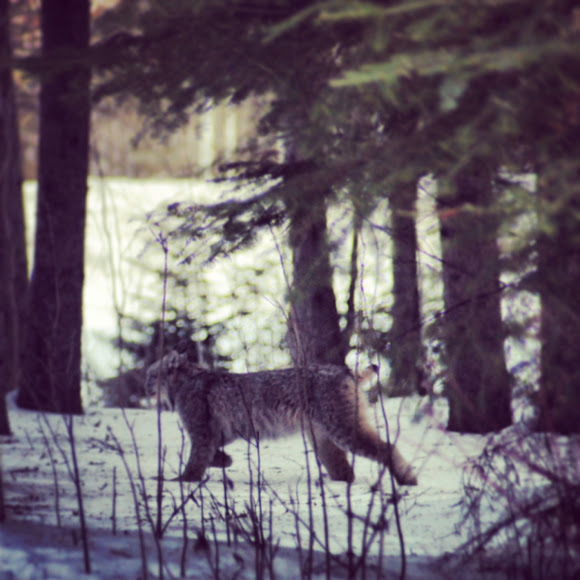 The Canada lynx (Lynx canadensis) or Canadian lynx is a North American mammal of the cat family, Felidae. It is a close relative of the Eurasian Lynx (Lynx lynx). However, in some characteristics the Canada lynx is more like the bobcat (Lynx rufus) than the Eurasian Lynx. With the recognised subspecies, it ranges across Canada and into Alaska as well as some parts of the northern United States. With a dense silvery-brown coat, ruffed face and tufted ears, the Canada lynx resembles the other species of the mid-sized Lynx genus. It is larger than the bobcat, with which it shares parts of its range, and over twice the size of the domestic cat.

The Canada lynx is found in northern forests across almost all of Canada and Alaska. It is, however, absent in the relatively treeless regions of the Great Plains and the northern coasts, which are outside the natural range of the snowshoe hare. Due to human activity, the Canada lynx is no longer found in Prince Edward Island or on the mainland of Nova Scotia,[9] although there are two known areas of Canada lynx populations in the Cape Breton Highlands

Right outside the dining room window. So lucky the camera was close.

Thanks. This one was very close.