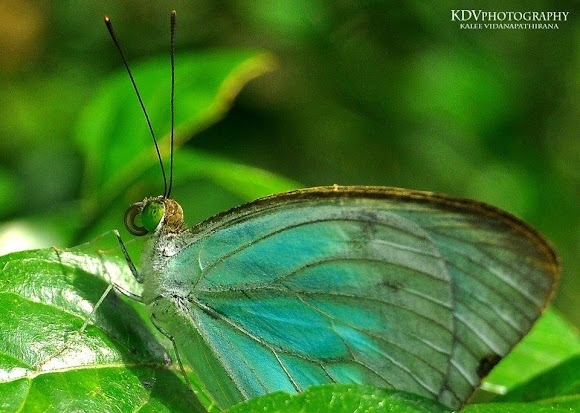 Rather uncommon butterfly found in low country below 1800 ft a.s.l. all the year round while seldom also flies in the hills. Its female occurs in three forms and those forms vary greatly in width of blue markings though all of them are darker than the male. One such form mimics poisonous Blue tiger and one of another form mimics Euploea species (Crows) -also poisonous- and by that escape from its predators. Its food plant is Sudu Welangiriya of family Capparaceae (Capparis zeylanica)