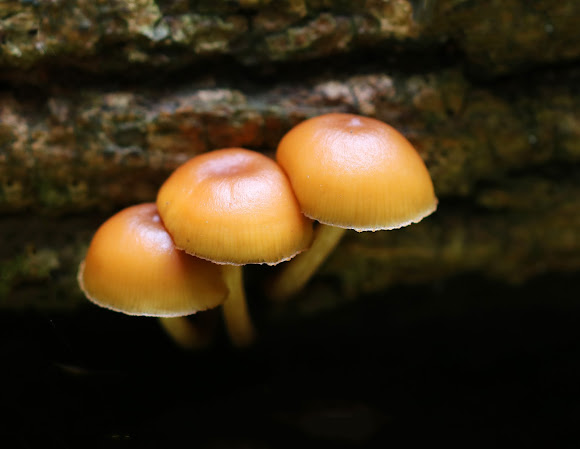 Habitat: Growing in clusters out of a fallen, rotting, moss-covered tree in a bog

This species has the moniker "funeral bells", and is not a mushroom that you want to mess around with.

Galerina marginata has the same kind of toxins that the deadly Amanita species produce. These toxins, called amatoxins, are especially dangerous because they do not produce symptoms for 6-24 hours. Because of the delayed onset of symptoms, the sufferer may not realize that the mushroom they ate earlier is the cause of their illness. Initial symptoms resemble food poisoning, but gradually worsen for a few days until there is a short remission. Unfortunately, the symptoms return within 24 hours, and after another week or so, the liver and kidneys fail. This will result in death unless a liver transplant is performed.

There is a drug called Silibinin, which is derived from milk thistle, that may be useful in treating amatoxin poisoning - if it is administered soon after poisoning occurs.