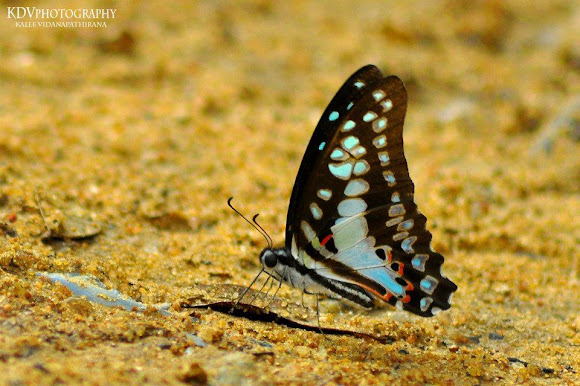 The Common Jay (Graphium doson) is a black, tropical papilionid butterfly with pale blue semi-transparent central wing bands that are formed by large spots. There is a marginal series of smaller spots. The underside of wings is brown with markings similar to upperside but whitish in color. The sexes look alike.