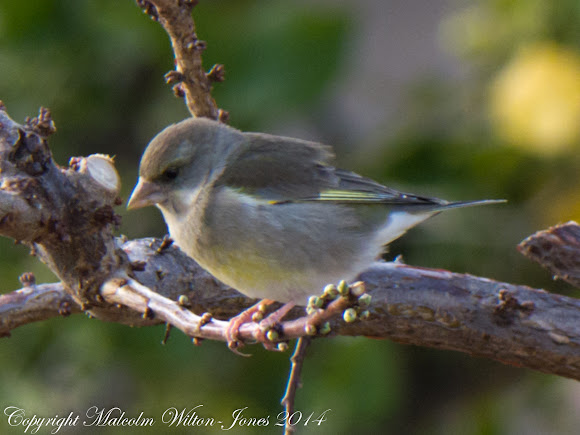 An odd-looking Greenfinch, looks almost like a female, certainly not like a male, but I do wonder if it might be a leucistic male which has lost most of its yellow. I know the ones which breed here are a different subspecies to the ones which winter here, but there are several other subspecies also, which do not normally occur here. It was part of a mixed finch flock which also included Chaffinch, Goldfinch and Serin.