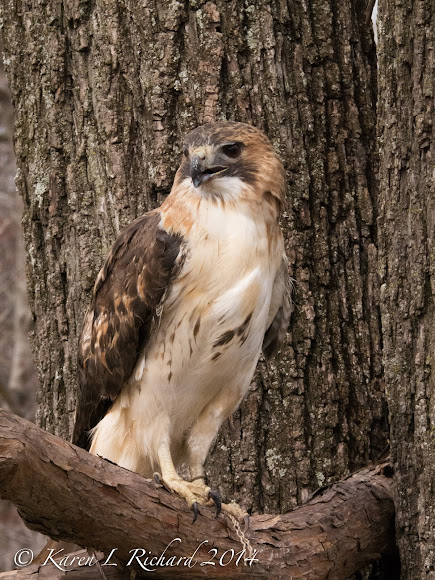 Red-tailed hawk that came to Reelfoot with a broken wing. His wing healed well & he was released three times - every time he came back, & now he is used as a educational bird.