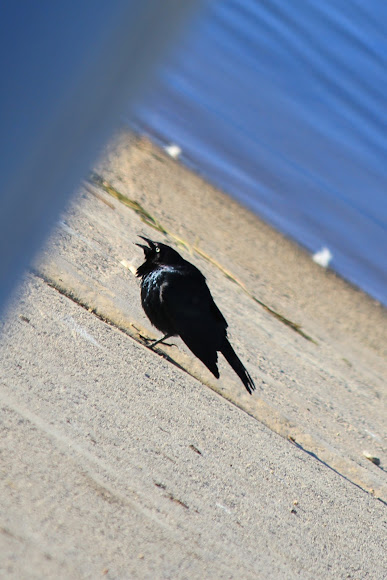 "Adults have a pointed bill. Adult males have black plumage; the female is dark grey. The male has a bright yellow eye; the female's is dark. They resemble the eastern member of the same genus, the Rusty Blackbird; however, the Brewer's Blackbird has a shorter bill and the male's head is iridescent purple"

"Their breeding habitat is open and semi-open areas, often near water, across central and western North America. The cup nest can be located in various locations: in a tree, in tall grass or on a cliff. They often nest in colonies"