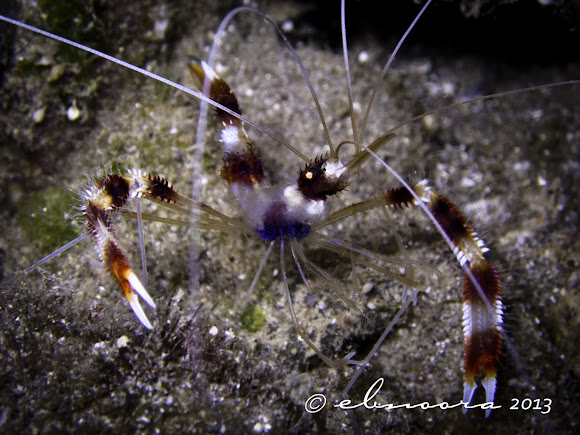 Stenopus hispidus has a red and white-banded body and claws, with the bands sometimes bordered in purple. Banded coral shrimp have two pairs of long, white, hair-like antennae, the first of the antennae being uniramous. The walking legs and some parts of the body appear translucent while the third, or middle, pair of legs is enlarged and supports large claws. Source: http://eol.org/pages/341436/details

Beautiful! In all its glory!