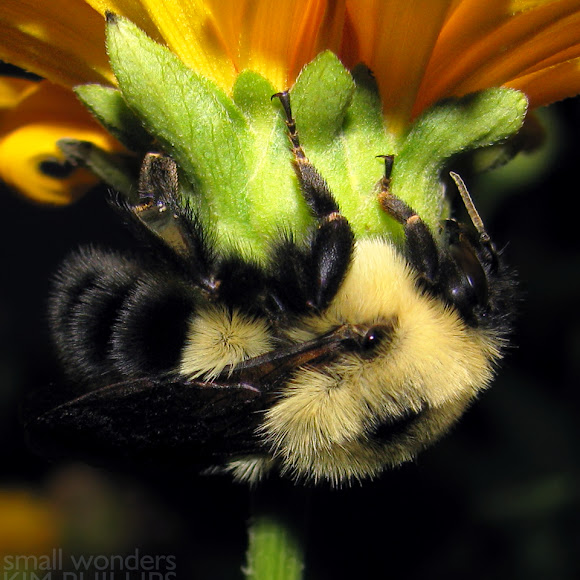 It is not uncommon to see bumble bees sleeping in or under flowers at night. New queen bumble bees leave the colony after maturation. Away from the colony they live off nectar and pollen and will spend the night on flowers or in holes. The queens are eventually mated (often more than once) and then will search for a suitable location for overwintering. Male bees also leave the nest, or sometimes are aggressively forced out by workers, after maturation. They often spend their nights hanging underneath flower heads so that they can conveniently drink nectar to restore their energy levels the next morning.

Eastern North America, from Ontario to Maine and south to south Florida. Wide variety of habitats including urban areas.

Observed spending the night under a sunflower bloom.

What a beautiful detailed shot. Awesome!