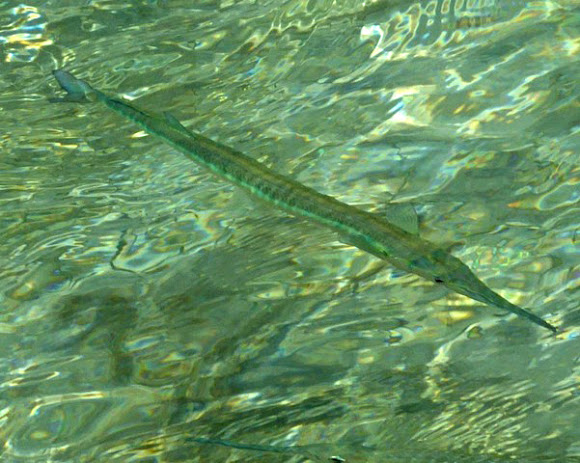 These look like what we would call garfish in Australia. Long thin fish with a long snout. Needlefish are slender fish, ranging from 3 to 95 cm (1.2 to 37.4 in) in length. Needlefish (family Belonidae) or Long Tom are piscivorous fishes primarily associated with very shallow marine habitats or the surface of the open sea.

Needlefish closely resemble North American freshwater gars (family Lepisosteidae) in being elongated and having long, narrow jaws filled with sharp teeth, and some species of needlefishes are referred to as gars or garfish despite being only distantly related to the true gars. In fact, the name "garfish" was originally used for the needlefish Belone belone in Europe and only later applied to the North American fishes by European settlers during the 18th century.