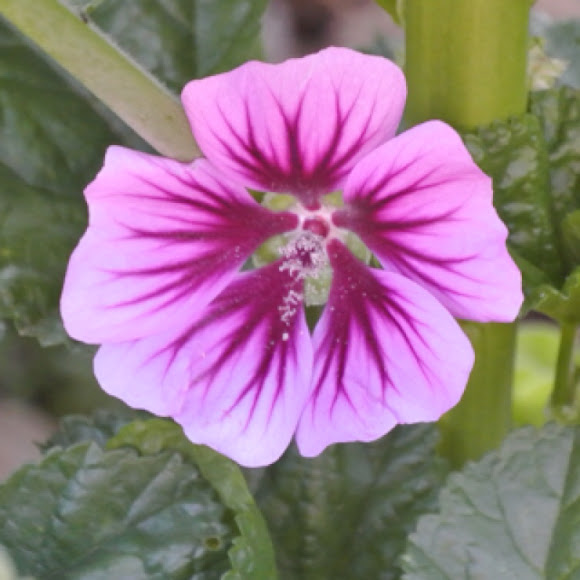 Attractive rosettes of large leaves are produced in the first year, with tall spikes of flowers in the second year. The flowering stalks are about 2½ feet high on compact, mounding plants that can reach 3 to 4 feet tall but just 18 to 24 inches wide.

French hollyhock is not a true hollyhock, but is a mallow cultivar known by the Latin name Malva sylestris "Zebrina." Other common names for this plant are zebra mallow, striped mallow and common mallow. It is an old-fashioned flower that looks most at home in a cottage-style garden. Its mauve to purple flowers attract hummingbirds and butterflies, and bloom from midsummer to midfall. All species in the genus Malva have edible leaves, and these tend to have a mild flavour and a good texture. They are common additions to "wild" salads. Mallow flowers are a sweet and decorative garnish for deserts. Press them lightly into jellies, mousses or puddings or arrange on a frosted cake. All mallow flowers press well and are highly prized in floral crafts.