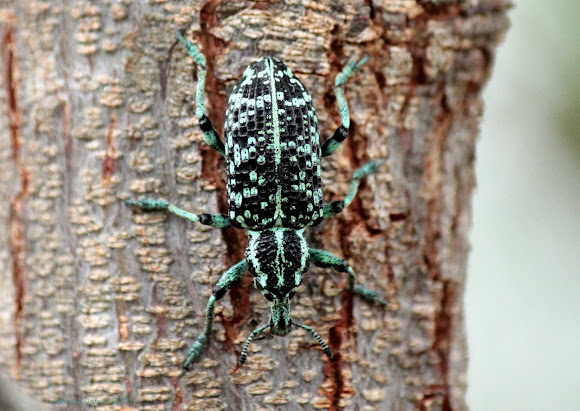 This beautiful beetle is black with green dots and patterns. It's just over 2cm in length & has a distinct snout which it uses to chew holes in plants for food and to make egg chambers. When disturbed it may play dead.

This beetle is very special , being the first insect to be formally described on Captain Cooks maiden voyage to Australia.

Thanks very much Ashley!