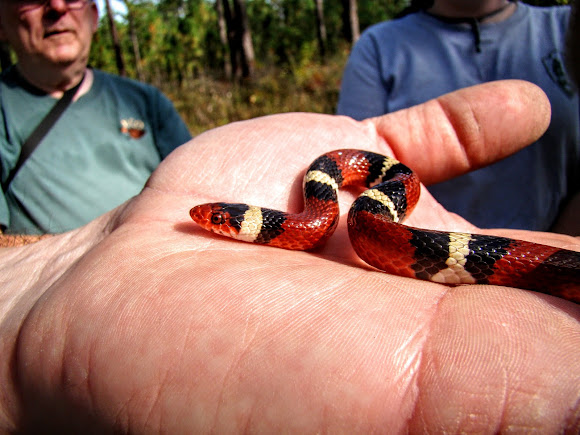 Pine flatwoods, wet prairie hammocks. In or near pine woods beneath logs and stumps; also in coastal plains.

Spotted in the oldest longleaf growth forest within the Solon Dixon Forestry Education Center of Conecuh National Forest, AL. Was spotted curled up in a tree snag a few feet above the ground. Habitat is burned regularly and the understory is managed for the historic wiregrass community of the longleaf pine ecosystem.

I love this snake. In my area I have seen the California King snake several times but have never seen one of these.

Great little guy. You heard of the rhyme "Red on black, venom lack, but red on yellow, kill a fellow" :)