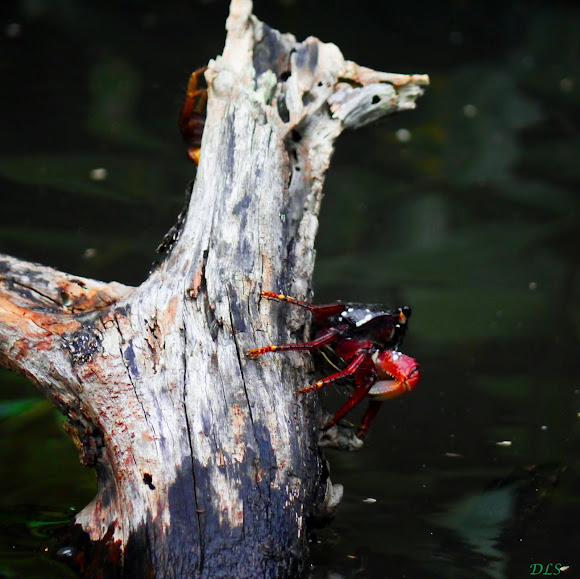 These colourful tree climbing crabs were seen from a boat at Caroni swamp which is an area of Mangroves that has been designated a Ramsar sight of national importance due to its biodiversity and aswell as hese great crabs it is also home to hundreds of scarlet Ibis. They feed on other small organisms living in the waters of the swamp.

Mangroves across North and central America sometimes as far as Brazil. These ones were seen at Caroni swamp, near Port of Spain Trinidad.

Port of Spain, Trinidad and Tobago