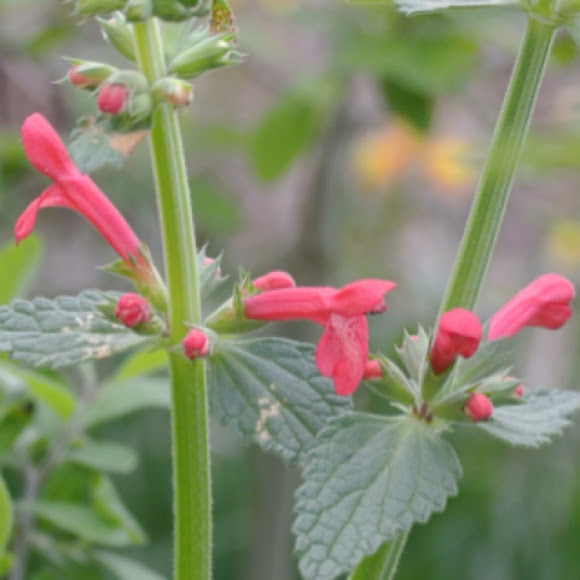 The stout, square stems of scarlet hedge-nettle or Texas betony rise to 3 ft. or more and are lined with pair of dark-green leaves becoming smaller up the stem. The inflorescence is an interrupted spike of two-lipped, bright-red, tubular flowers. A stout, erect, leafy plant, covered with soft hairs, with scarlet bilaterally symmetrical flowers in whorls at intervals in a spike at top of 4-sided stem.