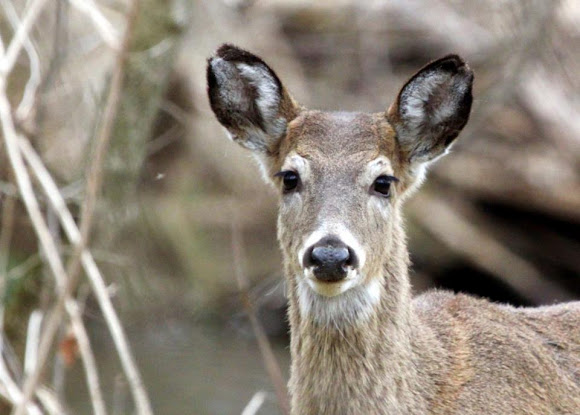 A medium-sized deer native to the United States, Canada, Mexico, Central America, and South America as far south as Peru. Coat is reddish-brown in the spring and summer and turns to a grey-brown throughout the fall and winter. The deer can be recognized by the characteristic white underside to its tail, which it shows as a signal of alarm by raising the tail during escape. Antlers begin to grow in late spring, covered with a highly vascularised tissue known as velvet. Bucks shed their antlers when all females have been bred, from late December to February. Males re-grow their antlers every year. About 1 in 10,000 females also have antlers.

Though most often thought of as forest animals depending on relatively small openings and edges, white-tailed deer can equally adapt themselves to life in more open prairie, savanna woodlands, and sage communities.