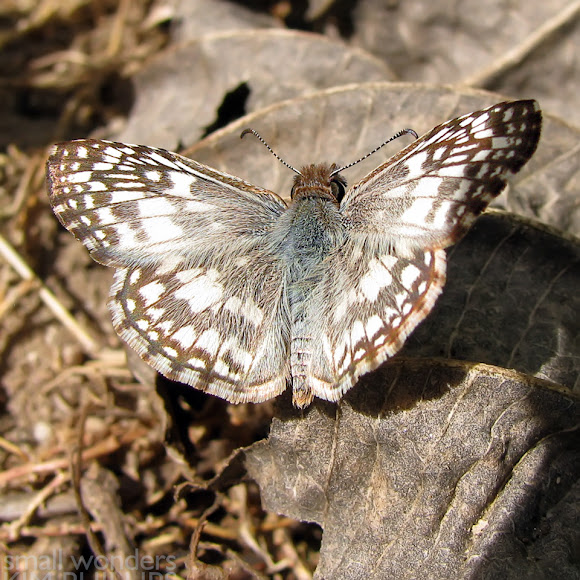 The Tropical Checkered-Skipper is a Spread-wing skipper often seen basking on low vegetation or on the ground. Adults nectar on low growing flowers such as Sida and small-flowered composites such as shepherd's needles.