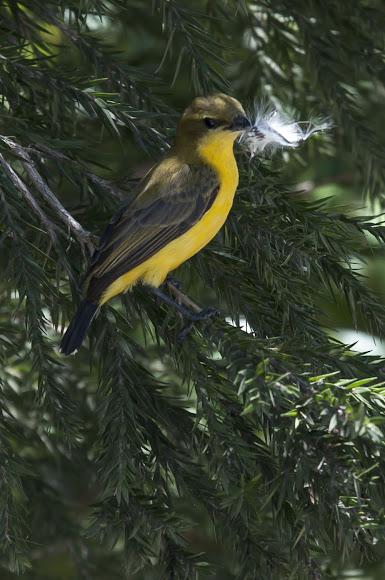 The Olive-backed Sunbird, Cinnyris jugularis, also known as the Yellow-bellied Sunbird, is a species of sunbird found from Southern Asia to Australia. Originally from mangrove habitat, the Olive-backed sunbird has adapted well to humans, and is now common even in fairly densely populated areas, even forming their nests in human dwellings.

Nice series and pattern of nest is similar as Purple Sunbird
http://www.projectnoah.org/spottings/999...

Beautiful series Natascia & welcome to the community. One of my favourite little birds for so many reasons. Love that you've included their nest too :)

Welcome to Project Noah Natascia! I love your collection of spottings so far - I'll look forward to seeing more of your shots!