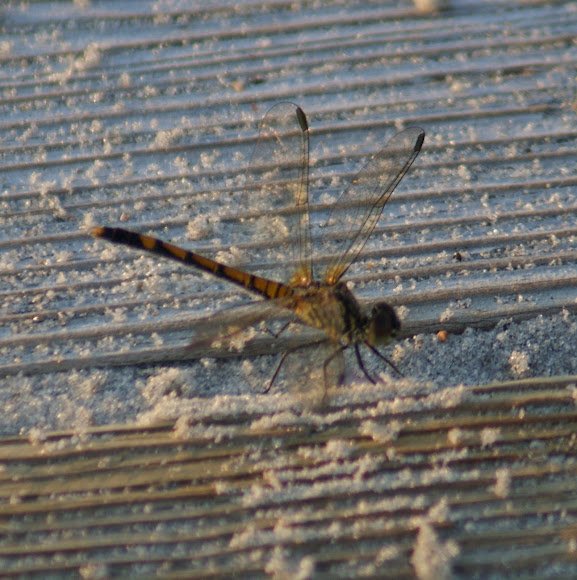 Dragonfly where the mature male is very dark. Female (like this one) has much more yellow, but also has "male-like form".

This species is most commonly encountered at salt marshes and brackish tidal estuaries but has been found at a few freshwater ponds and marshes. This one was photographed along the boardwalk to the beach at Huntington Beach State Park in Murrells Inlet, SC.

Unique for breeding in salt water. Feeds on other insects up to the size of lacewings, damselflies. Males perch near pools, defend a territory. Male and female oviposit together, typically in mats of algae.