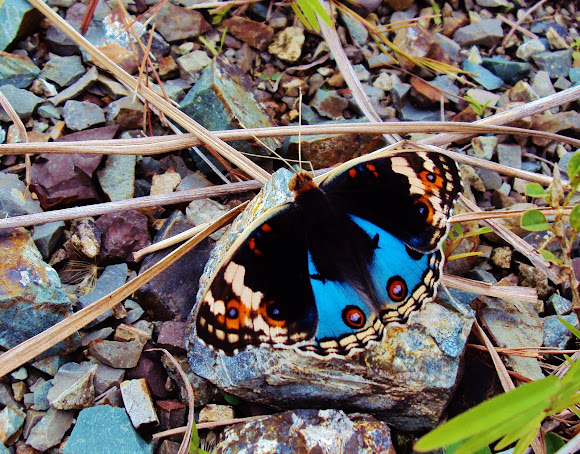 This butterfly loves the open spaces like grassland with lots of wild flowers. It can also be found in populated and cultivated lands.

its a male the female has the brown instead of blue.

I really want to see one of these one day... They're so pretty! I'm butterfly-crazy.

I this a male.