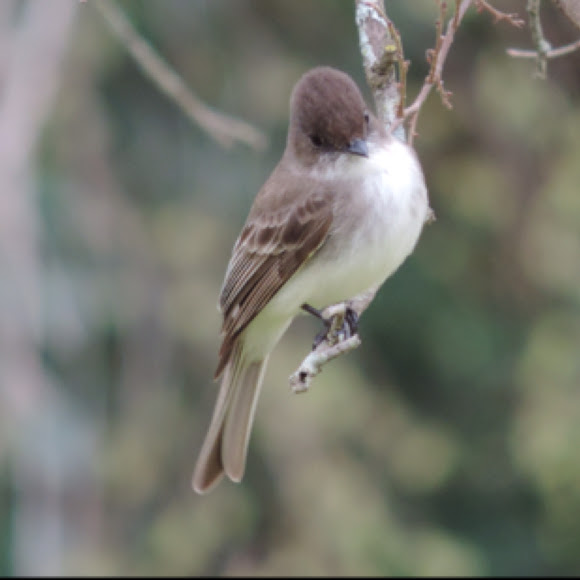 The Eastern Phoebe is a plump songbird with a medium-length tail. It appears large-headed for a bird of its size. The head often appears flat on top, but phoebes sometimes raise the feathers up into a peak. Like most small flycatchers, they have short, thin bills used for catching insects. The Eastern Phoebe is brownish-gray above and off-white below, with a dusky wash to the sides of the breast. The head is typically the darkest part of the upperparts. Birds in fresh fall plumage show faint yellow on the belly and whitish edging on the folded wing feathers.