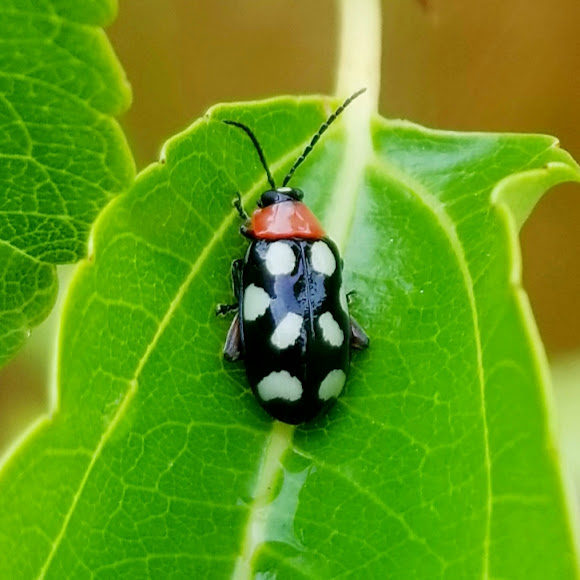 In my garden, around 10:20 am. Was originally resting on a pink four o' clock plant, but later jumped and flew to the other side of the yard, into a jujube plant. Sub-suburban habitat, around many plants, and some common oak, and crape myrtle trees.

These types of beetles are called flea beetles, due to the way they jump using their back legs (like fleas) to escape predators. There are two sub-species associated with this species.