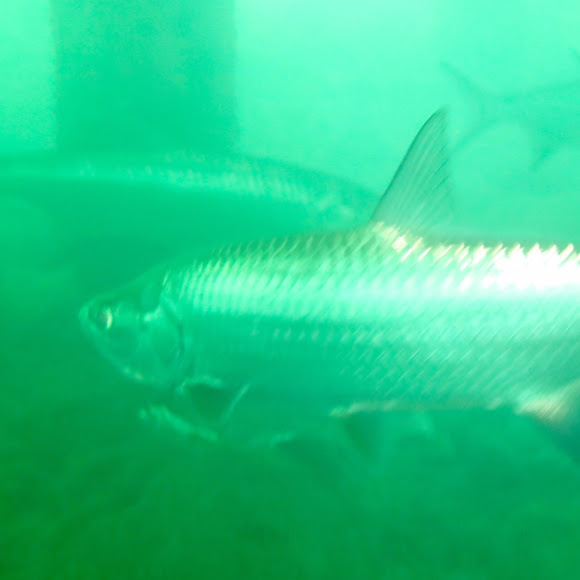 Fossil research shows that tarpon have been swimming in our oceans since prehistoric times. Tarpon can reach sizes up to 8 feet and can weigh up to 280 pounds. The life span of a tarpon can be in excess of 50 years. The oldest tarpon in captivity lived to be 63 years old. Due to its majestic appearance of size and color, the tarpon is nicknamed "silver king." Tarpon are primarily found in shallow coastal waters and estuaries, but they are also found in open marine waters, around coral reefs, and in some freshwater lakes and rivers. Tarpon range from Virginia to central Brazil in the western Atlantic, along the coast of Africa in the eastern Atlantic, and all through the Gulf of Mexico and Caribbean Sea. Tarpon have a special ability to gulp air at the surface when they are in a habitat that doesn't provide enough oxygen. In their larval stage, tarpon are transparent, have a ribbonlike body and prominent fanglike teeth, and are less than an inch long.