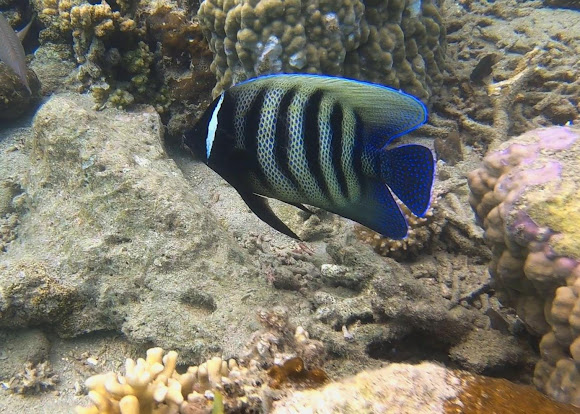 Found in shallow coastal reef at about 3m deep. Just off the city of Noumea in New Caledonia.

Brilliant fish especially when the sun catches it. Unfortunately an overcast day with low visibility. These images taken from video.