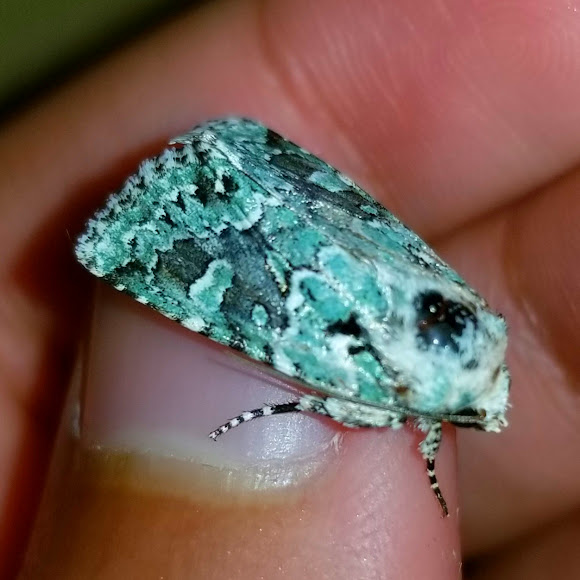 It is a moth in the family noctuidae.It can be found at lights and hide in bushes and trees where they rest. It is found in the United States, where it has been recorded in Alabama, California, Florida, Georgia, Kentucky, Maryland, North Carolina, Oklahoma, Pennsylvania, South Carolina, Tennessee, Texas and Virginia. It is also found in parts of Mexico and Costa Rica. It has also been recorded from Great Britain, where it was probably accidentally imported, but it might also be a rare immigrant.The wings have teal and black markings with some white hairs on the abdomen.

Semi-urban, Fort Worth, Texas.Attracted to porch light at night.

This moth is found in many states in the U.S but can easily be found in Texas in the summer and spring where they are attracted to black lights.They have similar makings to that of the cutworms but are smaller in size and also are not brown but a bright teal color.