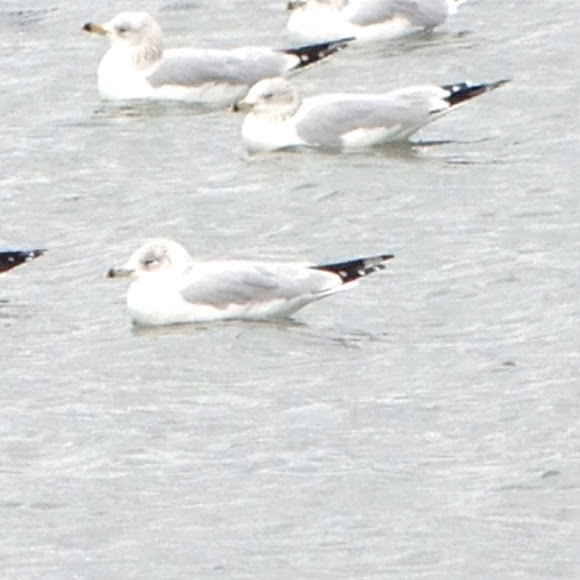 Adults are 49 cm (19 in) length and with a 124 cm (49 in) wingspan. The head, neck and underparts are white; the relatively short bill is yellow with a dark ring; the back and wings are silver gray; and the legs are yellow. The eyes are yellow with red rims. This gull takes three years to reach its breeding plumage; its appearance changes with each fall moult.

Their breeding habitat is near lakes, rivers, or the coast in Canada and the northern United States. They nestcolonially on the ground, often on islands. This bird tends to be faithful to its nesting site, if not its mate, from year to year. The ring-billed gull is a familiar sight in the shopping mall parking lots of the United States, where it can regularly be found congregating in large numbers. In some areas, it is displacing less aggressive birds such as the common tern.