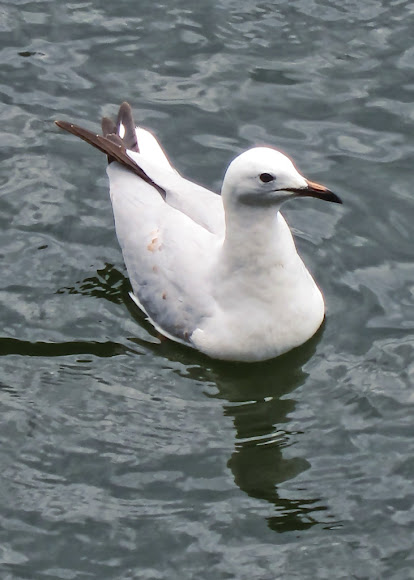 There are currently two recognised subspecies of silver gull. Larus novaehollandiae novaehollandiae is found in southern Australia and Tasmania, while Larus novaehollandiae forsteri is restricted to northern Australia, New Caledonia and the Loyalty Islands. In Australia, they are simply known as seagulls. This bird is in its 1st year. It has lost the brown plumage of a juvenile but still has the dark brown eyes, unlike the adults of this species which have white eyes. This is the only seagull I saw all day, and he was hanging out with the ducks.

Silver gulls are found in all states of Australia. It is a common species, having adapted well to urban environments and thriving around shopping centres and garbage dumps. This bird was spotted near the marina at Berowra Waters, on the northern outskirts of Sydney.