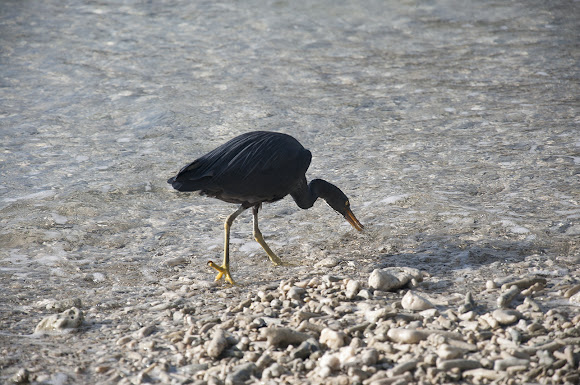 Pacific Reef Herons are medium-sized herons, reaching 57 to 66 centimeters in length. They have a wingspan of between 90 and 110 centimeters and reach an average weight of 400 grams.