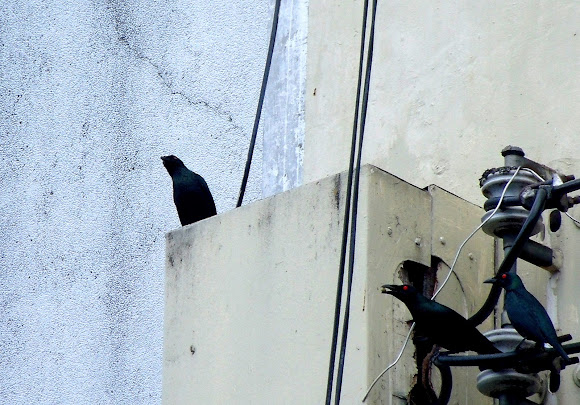 This species is under the family of Sturnidae which are usually found in sub-tropical to tropical countries. Here in Visayas and Mindanao, Philippines this is locally known/called as "galansiyang".

There is a huge number of this species inhabiting towns and cities, where they take refuge in abandoned buildings and trees. They often move in large groups and are considered one of the noisiest species of birds. In Dumaguete City, we usually see this around billboard signage and towers.

Why here in our town they dig in under the soil?