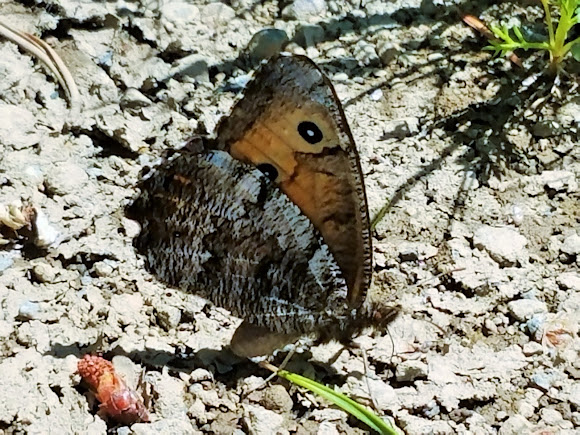 Oeneis nevadensis is a species of butterfly in the family Nymphalidae. The upper side ts dark orange brown with two eye spots and the underside of the forewing is similar to the upper side. The ventral hindwing is uniformly striated dark brown and gray.

Spotted puddling with several other species where a spring seep was crossing a dirt road in the foothills of the Cascade mountains. Habitats include forest clearings, open pinewoods, gravel roads, meadows, slopes, and canyons. Along the coast, it is commonly found on bare mountain summits

The great Arctic is found almost exclusively in the Cascade Mountains, from southern British Columbia to northern California. The great Arctic is seen from early May to late September, but only every two years (mostly even numbered) due to its long life cycle.