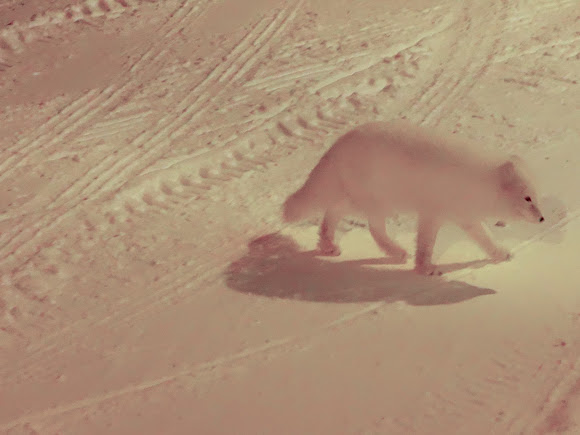 White fur with black eyes. About the size of a beagle. I spotted these at night so the pictures aren't that great.

Spotted near Resolute Bay, Canada where the temps were -50 (+/-). Two arctic foxes took up residence near the main operational outpost.

Too cold for pictures and my camera would not operate for long in the subzero temperatures. I shot some of these from inside the warm building but did go outside for a very short period of time to get a few shots. The arctic foxes were not intentionally fed by the people that manned the camp. The foxes ate from the garbage near their den area which is where most of the pictures were taken.