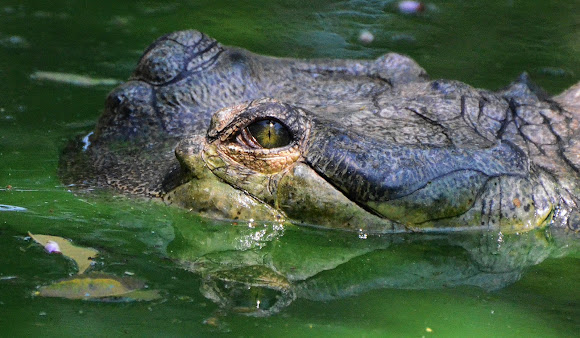 The gharial (Gavialis gangeticus), also known as the gavial, and the fish-eating crocodile,The gharial is a carnivorous animal and a dominant predator within its environment. The only time that this isn't the case is when the gharial share its territory with a large salt-water crocodile. Fish is the primary food of the gharial along with insects and occasionally small animals. Due to its large size, the gharial has no natural predators within its environment besides humans who hunt the gharial, often for leather or meat. The gharial has also been devastatingly affected by the increasingly levels of pollution in the water and is today considered to be critically endangered in the wild.