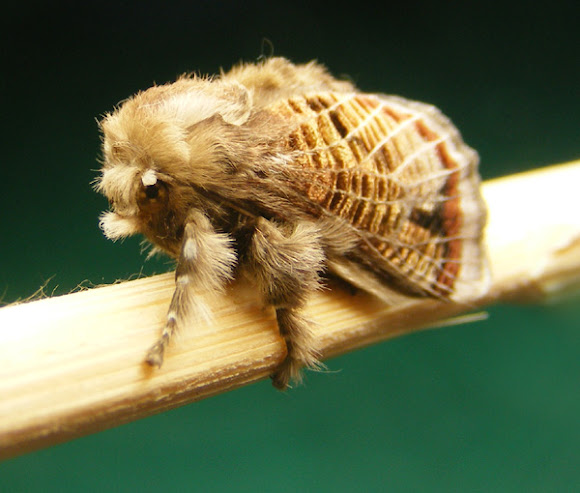 This is the moth I raised indoors, from a caterpillar, and its cocoon. It stayed in the cocoon for eight months from mid Autumn (early April) to early Summer (early December). Its nest mates still on the tree emerged within a week of mine. It emerged during the day so I kept it aside for evening release but it didn't leave until the next morning. You can see its pupal skin left behind in the empty cocoon, with a clearly visible face. I put a disposable chopstick in its enclosure to affix to so this is what you see in the images.