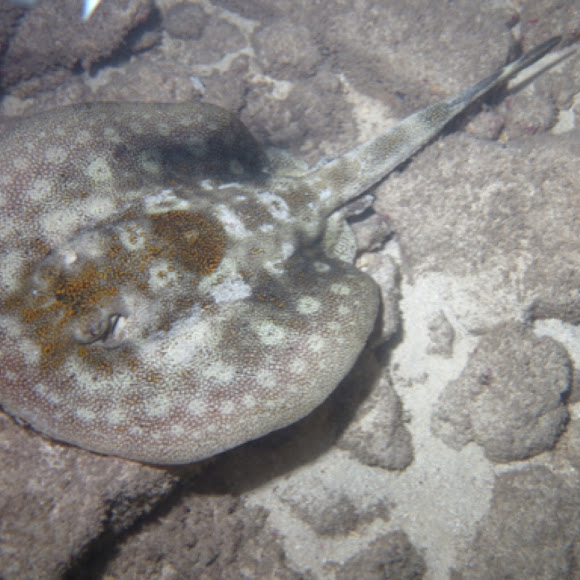 Like other rays of the Urolophidae family, the yellow stingray is characterized by a round body. U. jamaicensis has a well developed caudal fin that extends around the tip of its tail. The tail spine is located just anterior to the caudal fin. The distance from the tip of the tail to cloaca is shorter than the distance between the cloaca and snout. Additionally the posterior edge of the pelvic fins are rounded.The yellow stingray lacks a dorsal fin. While individuals will vary widely in color and pattern, the dorsal side of the disc of U. jamaicensis typically displays one of the following color schemes: a reticulate pattern of dark greenish or brown on a pale background, or equally a close set pattern of minute white, yellow or golden spots on a dark green or brown background. The ventral side of the disc is yellowish or brownish-white in coloration.