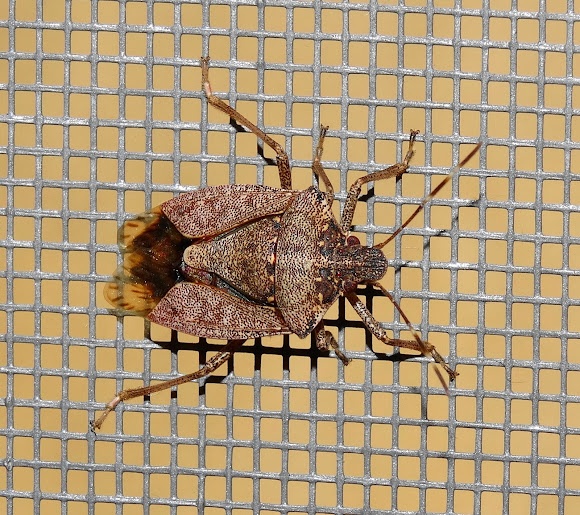 Halyomorpha halys, also known as the brown marmorated stink bug (BMSB), or simply the stink bug, is an insect in the family Pentatomidae that is native to China, Japan and Taiwan. It was accidentally introduced into the United States, with the first specimen being collected in September 1998. The brown marmorated stink bug is considered to be an agricultural pest. The first documented specimen in Greece was collected in Athens, in autumn 2011.