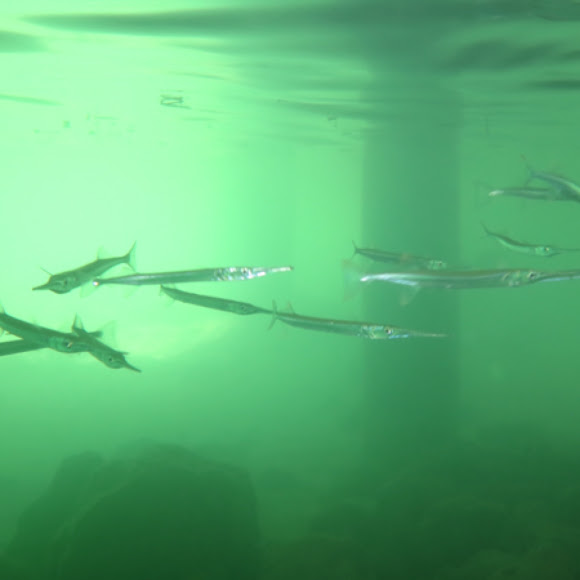 The Houndfish have slender elongated rounded bodies with a dark blue-green upper body, silvery sides, and a white belly. They have large eyes and their beaks are stout, straight, of modest equal lengths (16-18% of standard length), and equipped with many very large, long, and pointed teeth. Their caudal fin is lunate with the lower lobe being much longer than the upper lobe. Their pectoral and pelvic fins are relatively long.