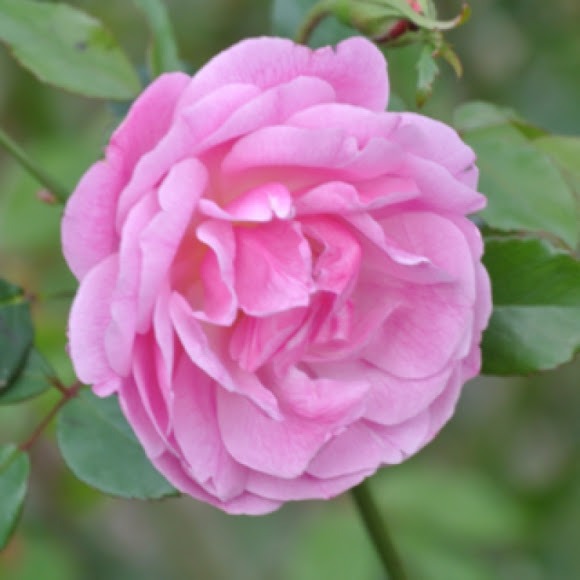 'Old Blush' forms a compact, somewhat upright, and twiggy bush that rarely attains heights above 4'. The blooms are distinctively blousey and loosely double, and are slightly lilac pink in color when they open. As the blossoms age they turn darker shades of pink. Hence, the name, 'Old Blush'.

Wildlife habitat yard on Belton Lake. This plant is growing at the top of a steep slope in partial shade, but seems unconcerned about the shade. It formed buds and started blooming so early this year that I never got the chance to prune it back. It is at least 6ft tall and blooming steadily.

'Old Blush' was the first of the everblooming China roses to make its way to Europe. It has been known in the west for almost 250 years, but it is one of the oldest roses, having been known in China for more than 1,000 years. It is also one of the most valuable roses known because it has passed on its China characteristics of remontancy and a darkening bloom to literally thousands of other roses.