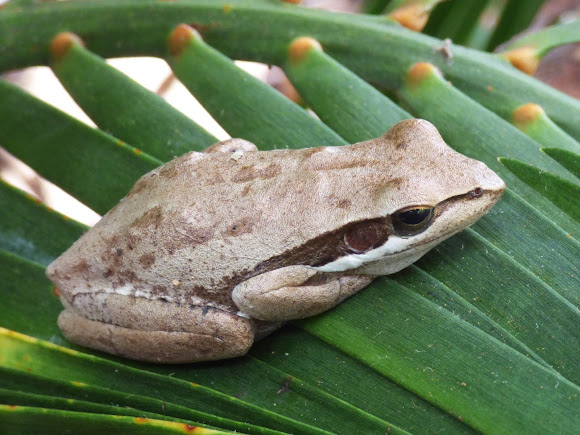 Found sitting on the frond of a small palm along the bank of the Frankland River.

Thank you Mark for identifying my little frog! Reference: http://frogs.org.au/frogs/species/Litori... "The Slender Tree Frog is one of Australia's most distinctive tree frogs - it has no close relatives elsewhere in Australia and is found only in the south-west of Western Australia. It is probably an ancient survivor of wetter, earlier times in the history of the south-western environment." (Museum WA)