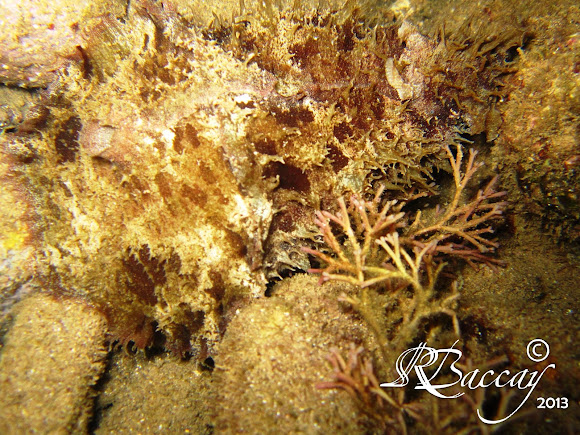 Dolabella auricularia is a Sea Hare with a rather different shape than species of Aplysia. In Dolabella the back, or posterior end of the body is a sloping disc-like shield, with papillae around the edge and one large exhalant siphon in the middle. Buried in the tissue of this "back shield" is a large flattened, quite heavily calcified shell. In the midline, in front of the shield is a smaller groove which houses the inhalant siphon which draws water in to the almost totally enclosed mantle cavity. The Sea Hare common name comes from its appearance of a rabbit due to two oral tentacles on top of the head.

It is normally found in sheltered bays or lagoons, in grass beds or on sand or mud. It can also be found in large intertidal rockpools. Sometimes the only way you know it around is when you stand on it and it releases the tell-tale reddish purple aplysiid "ink". It feeds on a variety of brown green and red macroalgae and Pennings et al (1993) suggest that Dolabella actively maintains a mixed diet in preference to feeding on a single species of algae. (http://www.seaslugforum.net/showall/dola...)