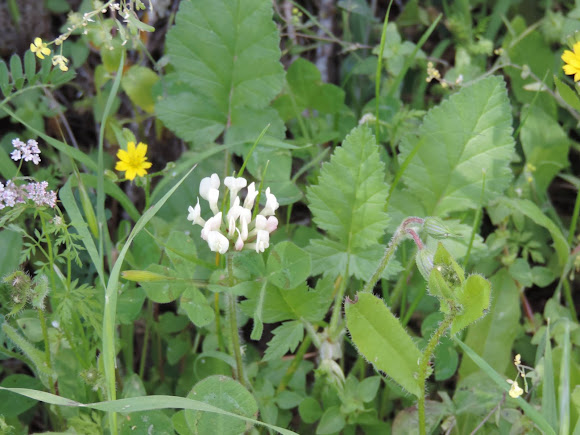 Trifolium repens, the white clover[2] (also known as Dutch clover and Ladino [clover]), is a herbaceous perennial plant in the bean family Fabaceae native to Europe and central Asia. It has been widely introduced worldwide as a yard crop, and is now also common in most grassy areas of North America and New Zealand. The species includes varieties often classed as small, intermediate and large, according to height, which reflects petiole length. The term “white clover” is applied to the species in general, “Dutch clover” is often applied to intermediate varieties (but sometimes to smaller varieties), and “ladino clover” is applied to large varieties.