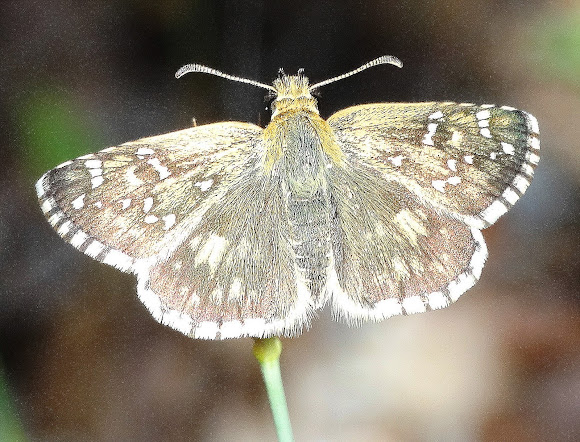 Like all Pyrgus species, this can be very difficult to identify in the field. It has a wingspan of 24–28 mm and the upperside of the forewings are often noticeably darker brown than other Pyrgus species, especially when fresh, with clear white markings. It resembles some smaller races of large grizzled skipper (P. alveus) but can usually be recognized by the pale reddish brown colour of the under hindwings with a large pale central spot. P. armoricanus flies in May and June with a second generation in the south of the range in August and September. Adults of this second generation are usually smaller than those of the first.

Spotted in an oak forest near Stavropotamos (Kastoria, Greece).