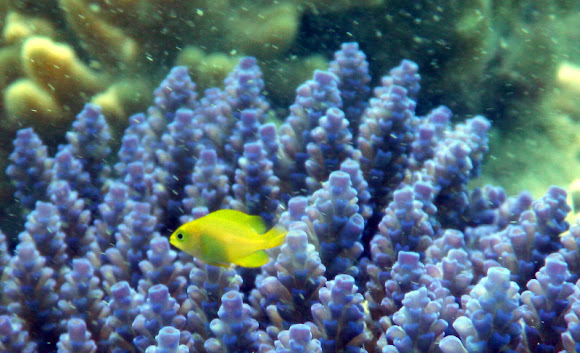 If you were to summarise the history of the Roman Empire it would go like this: The Emperor has all the power, others want this power and when they can, they kill the Emperor to take it, this new guy is killed to make way for another Emperor who is assassinated by another and so on and so on. When you think about it, this pattern is also followed in schoolyards and at workplaces and in present day politics. It is also what happens in a school of Damselfish, the largest is the Emperor, he is chased off when a bigger fish comes along, who is chased off by another etc. etc. etc. Although we might not like to admit it, we are pretty much the same as a school of fish. Guardian: Bettina Maag