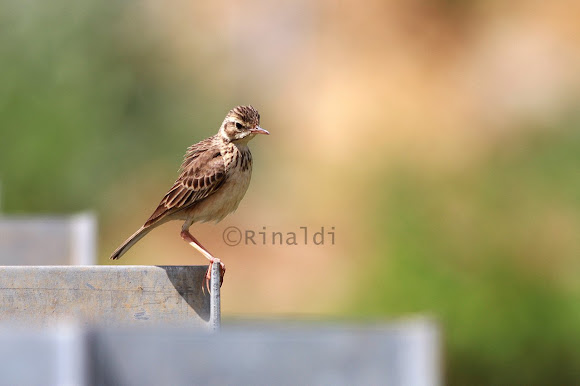 The Zitting Cisticola or Streaked Fantail Warbler (Cisticola juncidis), is widely distributed Old World warbler whose breeding range includes southern Europe, Africa outside the deserts and rainforest, and southern Asia down to northern Australia. A small bird found mainly in grasslands, it is best identified by its rufous rump, lacks any gold on the collar and the brownish tail is tipped with white. During the breeding season, males have a zigzagging flight display accompanied by regular "zitting" calls that has been likened to repeated snips of a scissor. They build their pouch nest suspended within a clump of grass.

This species is found mainly in grassland habitats, often near water. Most populations are resident, but some East Asian populations migrate south to warmer areas in winter. In the Himalayas, they ascent to about 1,900 metres (6,200 ft) during summer but are below 1,300 metres (4,300 ft) in the winter. This species is a rare vagrant to northern Europe, mostly as a spring overshoot. Its European range is generally expanding, although northern populations are especially susceptible to hard winters.